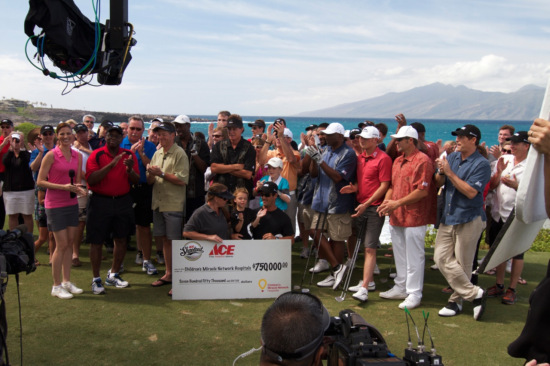 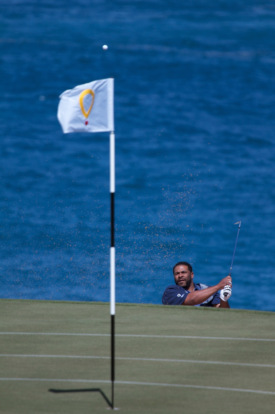 This is an awesome event in support of a great cause and it's taking place right here on the island of Maui at the Kapalua Golf Resort!

Set to premiere on the Golf Channel, August 12 at 5 p.m. Eastern, the 15th Annual Ace Hardware Celebrity Golf Shootout will feature some of the biggest names in professional sports in the event known for stunning golf shots. Paired in teams according to sport, the athletes will compete in a series of golf challenges to raise more than $1 million for Children's Miracle Network Hospitals. In the process, competing teams will also determine which sport makes for the better golfer, leading up to a dramatic finish.

“The Ace Shootout gives athletes the chance to engage in some playful competition while raising money for kids who need it,” said NFL Hall of Famer Steve Young, who hosts the televised event. “It’s great to see sports legends step outside of their athletic expertise for a good cause.”

Held at the Kapalua Golf Resort in Maui, Hawaii, the event will spotlight Ashlyn Kai Melcher, a six-year-old who was treated at Kapi’olani Center for Women and Children, a Children's Miracle Network Hospital. Ashlyn Kai was born with a rare case of hydrops fetalis, excessive fluid in her body and lungs. After undergoing numerous surgeries after birth, Ashlyn Kai is now happy, healthy and is the 2012 Miracle Caddie for the Ace Celebrity Golf Shootout. 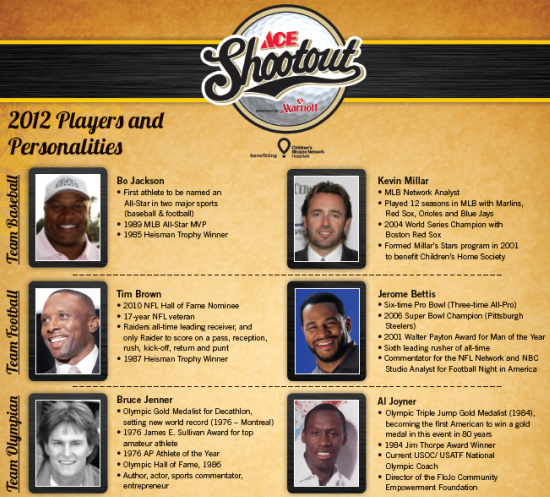 Children’s Miracle Network Hospitals® raises funds for 170 children’s hospitals across North America, which, in turn, use the money where it’s needed the most. When a donation is given it stays in the community, ensuring that every dollar is helping local kids. Since 1983, Children’s Miracle Network Hospitals has raised more than $4 billion, most of it $1 at a time. These donations have gone to purchase equipment, support research and training and pay for uncompensated care, all in support of our mission to save and improve the lives of as many children aspossible. Learn more at CMNHospitals.org.

At Ace, we believe in giving back to the communities we serve. From busy and bustling cities to rustic and rural towns, we truly care about the communities in which we do business. This is why the Ace Hardware Foundation was established in 1991: to serve as an umbrella over the charitable fundraising efforts of Ace Hardware retailers, Ace Hardware Corporation and Ace vendors for the benefit of Children’s Miracle Network Hospitals and the American Red Cross for natural disaster relief.
Posted by Scott Stevens